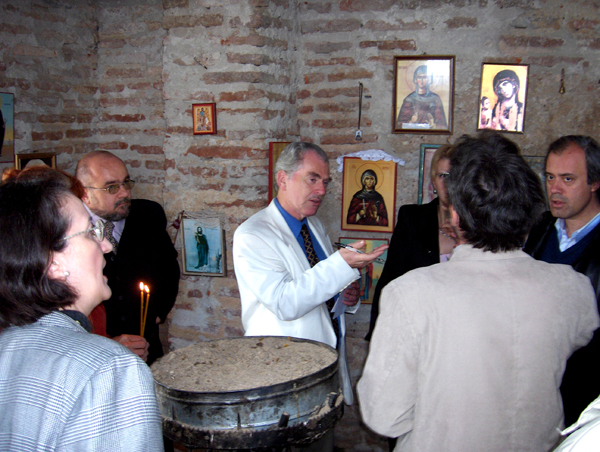 My second, academic career began in 1996 after the award of my PhD. In 1961 I had gone straight from school into newspapers, earning awards over the next three decades as successively reporter, sub-editor, editor, and manager, and working on national and regional daily and weekly titles in the UK and for short periods abroad. Currently I'm Research Associate in the University of Oxford School of Geography and the Environment, and Assistant to Dr Jack Langton at St John's College, where we have been working together since 2003 on the history and geography of English and Welsh Forests and Chases. The work has been supported by the College, Special Research Project grants by the Marc Fitch Fund, in 2007 and 2014, and the British Academy. Together we edited Forests and Chases of England and Wales, c. 1500 to c. 1850: Towards a survey and analysis (Oxford, St John's College, 2005, distributed by Oxbow Books) and a companion volume, Forests and Chases of Medieval England and Wales, c. 1000- c. 1500, published in 2008, revised 2010.

My doctoral field of study, saints' cults and particularly the dedications of churches and other places of religious devotion, set in the context of locality, region, and culture, continues in parallel.  My monograph Saints in the Landscape (Stroud, Tempus, 2007) is the first comprehensive overview of religious dedications in Great Britain from the point of view of history, geography, and culture, and follows an edited volume, Saints of Europe: Studies towards a survey of cults and culture (Donington, Shaun Tyas, 2003).

My doctoral research was carried out at first part-time, and from 1994 full-time at the University of Leicester, in the Department of (now Centre for) English Local History, where I am proud to be an Honorary Visiting Fellow. The interdisciplinary approach of 'the Leicester School' has much to commend it, and I had the added fortune to have Professor Charles Phythian-Adams, a former student of the great W. G. Hoskins (author of The Making of the English Landscape) as my supervisor. As a full time student there was the added stimulus of Harold Fox, Keith Snell, and Dave Postles' MA lectures, plus cross-departmental work with colleagues in History, Archaeology, Art History, Museum Studies, and English.

Building on my doctoral survey of 'Church dedications and landed units of lordship and administration in the pre-Reformation diocese of Worcester', a Leverhulme Special Research Fellowship (1997-9) allowed me to extend the dataset, by then expanded to include locales of devotion such as altars and lights, hospitals and abbeys, mountains and springs, to the area of the medieval diocese of Lincoln. To the total of 15 counties I was able to add those of Wales during tenure of the Stott Fellowship in the University of Wale, awarded in 1999. Based in the university's  Centre for Advanced Welsh and Celtic Studies, I computerised and supplemented the Parochiale Wallicanum and assisted Professor John Koch in the preparation of an Atlas of Celtic Studies. In 2016 I completed coverage of the diocese of Norwich - 3,500 records.

A return to Leicester followed in 2000 to become Lecturer in English Topography, replacing the teaching of Professor Harold Fox during his British Academy Readership. I taught on four MA courses at Leicester, Skills in English Local History, Landscape Studies, Humanities, and Medieval Studies (for the Centre for Medieval Research). Until the sad demise in 2016 of Vaughan College, latterly the Vaughan Institute of Lifelong Learning, I also taught medieval and regional studies for the BA Humanities programme, and for some years directed the Certificate course in Local History. A further delight was to lecture on history and culture to the Catalan Studies element of the BA Modern Languages programme.

Other teaching has included part-time tuition for the University of Cambridge and contribution to the Certificate course in Anglo-Saxon Studies led by Dr Susan Oosthuizen. I also taught in the School of Historical Studies at Leicester for two undergraduate modules, Anglo-Saxon England (with Dr Jo Story) and The Vikings (Dr Kari Maund). Another rewarding experience has been to teach at the Julius-Maximilian University of Würzburg since 2013, contributing to the Würzburg English Language Programme and to modules in the Lehrstuhl für Fränkische Landesgeschichte.

In 2003 I was awarded three additional research grants. The Aurelius Charitable Trust allowed me to extend the TASC project to cover the Archdeaconry of Berkshire; a month's Aufenhaltsforschung mit Stipendium (my second) enabled me to visit the Max-Planck-Institut fur Geschichte in Gottingen to complete a devotional geography of the Diocese of Munster; and the British Academy funded a three-year joint programme of research with scholars of the Georgian Academy of Sciences which began with a month's fieldwork. In 2004 I was awarded a two-week residency at the Geographical Information Science Center in the University of California at Berkeley.

Yearly visits to Catalunya began in 1997, a programme of research into Catalan saints and religious devotion which has been grant-aided by the Arts Faculty Research Board and School of Historical Studies at Leicester, and supported by the University of Barcelona, Department of Anthropology, and the Catalan National Archives. Since 2014 I have been a Research Associate in ICAC, the Catalan Institute for Classical Archaeology, based in Tarragona.

I've served as a committee member of the Society for Landscape Studies and as  Joint Editor and Reviews Editor of the Leicestershire Archaeological and Historical Society Transactions.

In 2017 I gave the Deerhurst Lecture: 'The Deer of Deerhurst: Landscape, Lordship, Custom, and Ritual'.

In 2014 I was elected Fellow of the Society of Antiquaries of London, and subsequently of the Royal Historical and Geographical Societies.